Heart risk are lower for naproxen than ibuprofen 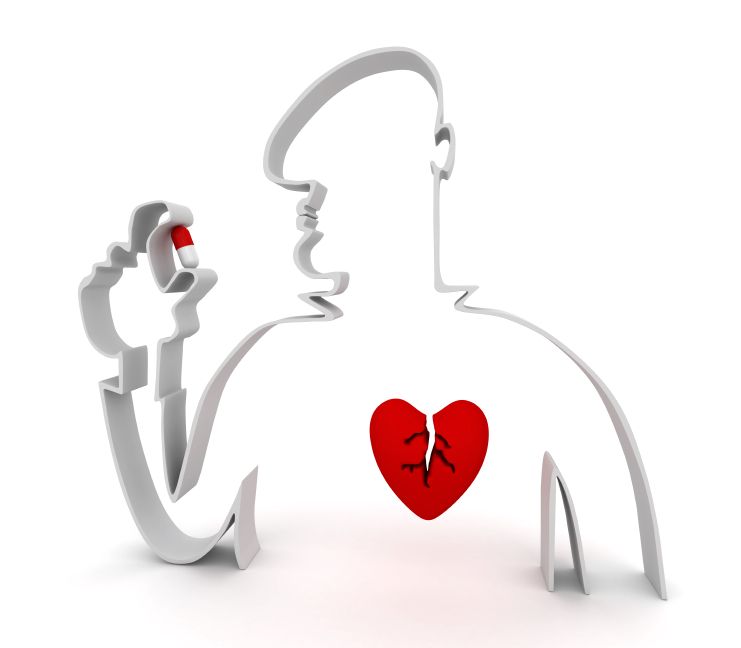 Nonsteroidal anti-inflammatory drugs (NSAIDs) have been associated with an increased risk of heart attack and stroke (except low-dose [81 mg] aspirin). Over-the-counter NSAIDs include aspirin, naproxen (Aleve, Naprosyn, Anaprox, others), and ibuprofen (Motrin, Advil, Nuprin, others). For people without a history of heart disease, the risk of a heart attack and stroke is doubled when taking most NSAIDs. For those with heart disease, the risk is increased 10-fold. NSAIDs are not recommended for those who have already had a heart attack.

In 2004, the US Food and Drug Administration (FDA) pulled Vioxx (rofecoxib), a prescription NSAID, off the market due to a high risk of heart attack and stroke in those taking the drug. Since then, FDA beefed up the warnings about heart safety risks on all NSAIDs, including OTC NSAIDs (naproxen and ibuprofen).

However, FDA released early in 2014 a review that said naproxen may pose a lower risk of heart attack and stroke than ibuprofen.1 The review was based on the results of a very large study of 350,000 people taking different pain relievers that concluded naproxen does not carry the same heart risks as other NSAIDs. A panel of outside experts has been pulled together by FDA to discuss the study results and recommend whether naproxen should be relabeled to note its lower heart safety risks than other NSAIDs. Although not required, FDA usually follows expert group recommendations.

If that happens, Aleve and other naproxen medicines could become the first choice for people taking an NSAID, particularly those with a higher risk for heart problems. However, NSAIDs will continue to carry warnings about bleeding and ulcers—two other serious side effects.