As with any prescription medication, it's important to make sure that what you receive from the pharmacist matches what the doctor prescribed. Let's look at some of the reasons dispensing errors happen: 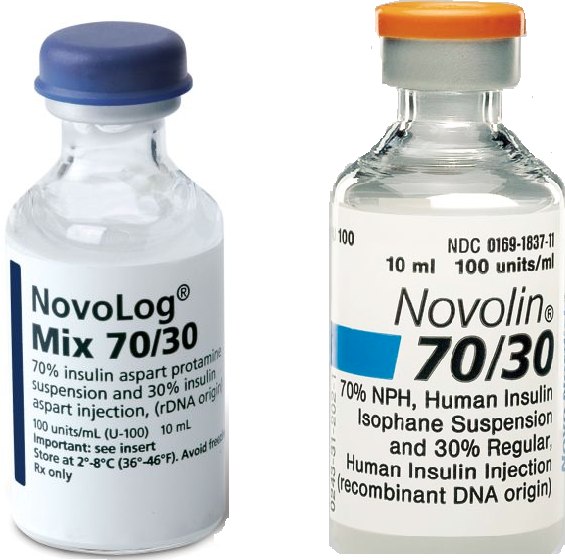 Dispensing errors can happen when the names of two insulin products get confused. As you can see by reading the labels, Novolin 70/30 and Novolog Mix 70/30 have similar names. However, the way that they act when injected is quite different. Occasionally we do hear about cases where one product is dispensed incorrectly for the other. If Novolog 70/30 is given by mistake, too far from meal time, a patient's blood sugar may fall too low.

Here are some other insulin names that have been involved with insulin mix-ups:

When a doctor prescribes electronically, or when the pharmacy staff receives an insulin prescription, they must select the insulin product from a computer screen. As shown below, many insulin products appear quite similar when seen on the pharmacy computer screen. Look complicated? It can to a pharmacist or doctor too.  Although it happens rarely, selecting the wrong product from the computer screen has led to patients receiving the wrong insulin. While healthcare computer system vendors are working to improve the way drugs are selected on computer screens, be aware that this is one important reason for an error. It's good evidence to show why it's so important for you to know the name and proper dose of the insulin that's being prescribed for you. 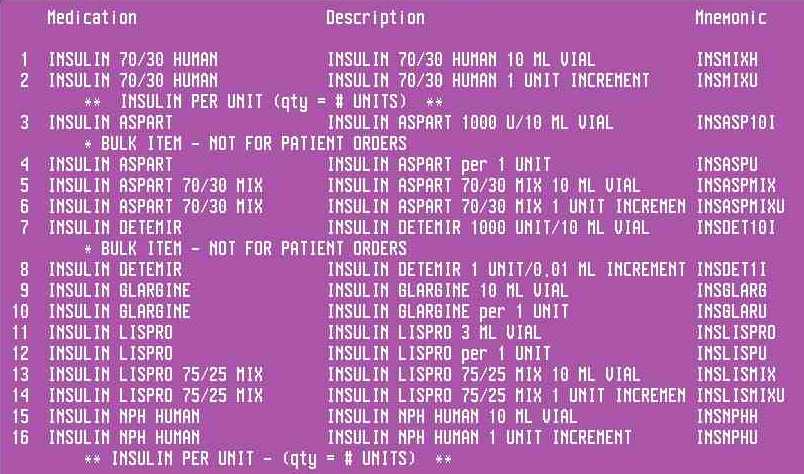 Misreading the abbreviation "U" (U = units) as the number 0 or the number 4: 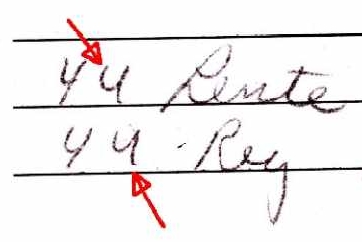 In this example, the abbreviation "U" can be misread as the number 4. This would cause the patient to get 44 units instead of 4, a dangerous overdose.
‍

In this example, the "U" looks like a zero.  This would also cause a dangerous overdose of 60 units instead of 6.
‍

Inadequate spacing between the word "Unit" and the dose can lead to an error when reading the prescription. The dose of 8 units is replaced by a dangerously high dose of 80 units.

Insulin is dosed in units. While almost all prescriptions these days are sent electronically, and handwritten orders are becoming a thing of the past, some health professionals dangerously abbreviate the word "unit" with the letter "U." This has been known to increase the risk of errors dramatically. A "U" can look like a 4 or a zero, thus causing as much as a tenfold overdose!  This abbreviation is so dangerous that it should never be used. In fact, the Joint Commission, forbids its use in organizations that it accredits. However, there are still healthcare practitioners who continue to use this abbreviation while not understanding the risks. Doctors should always spell out the word "unit" when writing a prescription for insulin.